On gender identity and changing your sex

Why the fuck are ATVs, jetskis, snowmobiles still legal?

“By 2050 at the latest, and ideally before 2040, we must have stopped emitting more greenhouse gases [typically caused by the burning of fossil fuels]  into the atmosphere than Earth can naturally absorb through its ecosystems (a balance known as net-zero emissions or carbon neutrality).  In order to get to this scientifically established goal, our global greenhouse gas emissions must be clearly on the decline by the early 2020s and reduced by at least 50 percent by 2030.”  The Future We Choose: Surviving the Climate Crisis, Christiana Figueres and Tom Rivett-Carnac, (architects of the Paris Agreement), pxxii

Snowmobiles and ATVs “emit 25 percent as many hydrocarbons as all the nation’s cars and trucks put together, according to an EPA study.”

“In one hour, a typical snowmobile emits as much hydrocarbon as a 2001 model auto emits in about two years (24,300 miles) of driving. ”

Snowmobiles and ATVs “emit 25 percent as many hydrocarbons as all the nation’s cars and trucks put together, according to an EPA study.”  https://products.kitsapsun.com/archive/1999/02-19/0062_environment__snowmobiles__atvs_du.html

What the hell is Canada thinking?

(And yes, this is another reason to hate men.  After all, over 95% of those who drive ATVs, jetskis, and snowmobiles are men.)

(And that’s quite apart from “”Snowmobiles create a noise corridor five miles wide” and “PWC produce noise levels in the range of 85-102 decibels (dB) per unit — levels at which the American Hospital Association recommends hearing protection (above 85 dB).”  https://www.stopthrillcraft.org/statistics.htm) 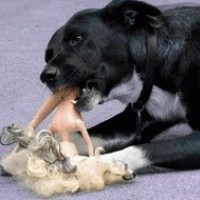 Night Moves (short drama 3 min) A one-night stand turns into something much, much more.